Before I finally finish posting the Dyninno entertainment of yesteryear, let’s take a look through the photos I took Thursday this week. Some time around Monday the weather report promised snow. I took note that the temperatures would be getting lower, but dismissed the snow. Rather, I thought it might happen. There was a snowfall in May, I think, some 15 years ago. The snow fell for about 15 minutes, and about 10 minutes after all of it was gone. 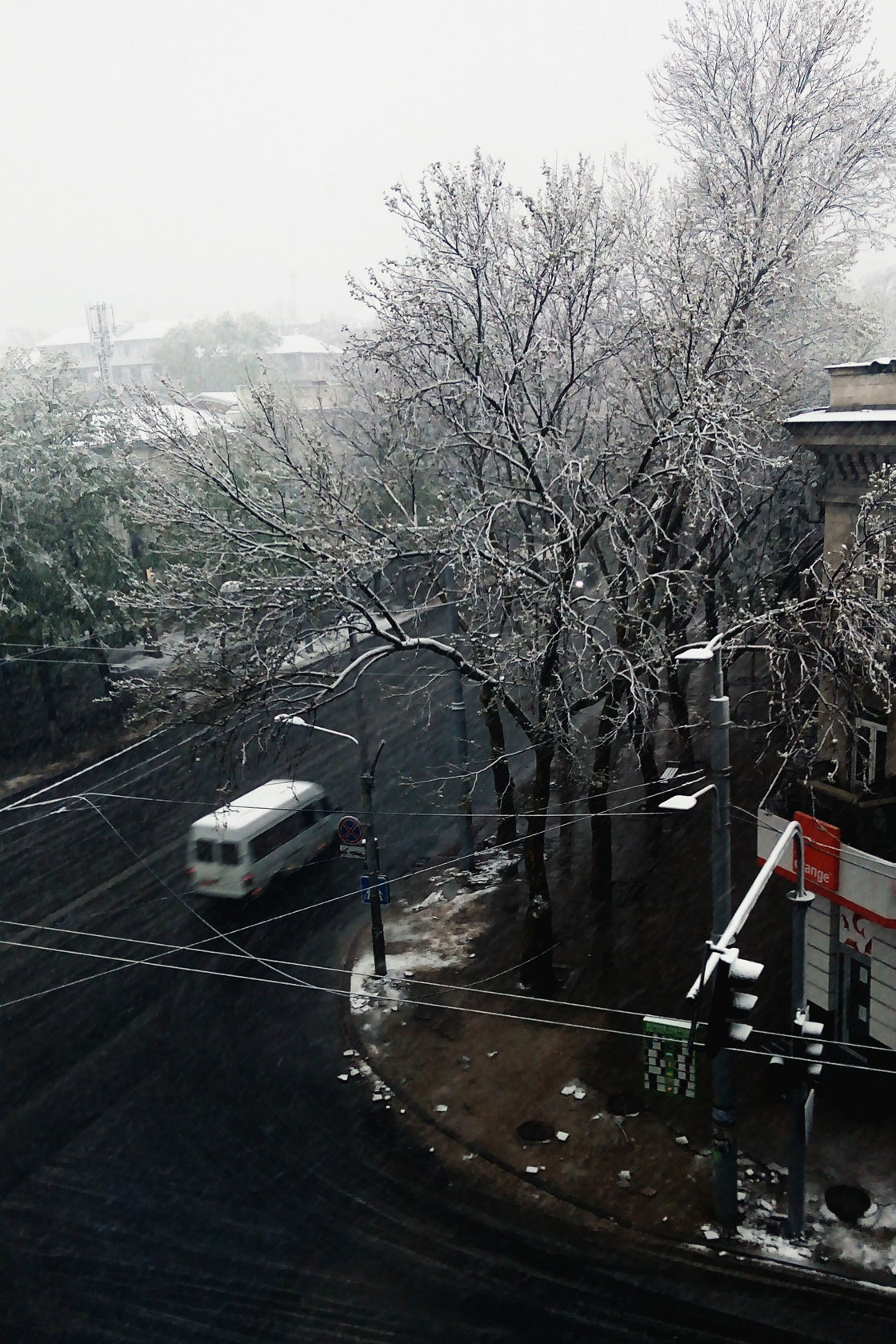 There was some snow on the trees, but practically none on the ground. The roads were more or less clear. Thank God, seeing as my father is the only person I know who insists on keeping snow tyres until May.

Something I plan on doing from now on as well.

I went to work. Seeing green trees covered in snow was unusual, even eerie. 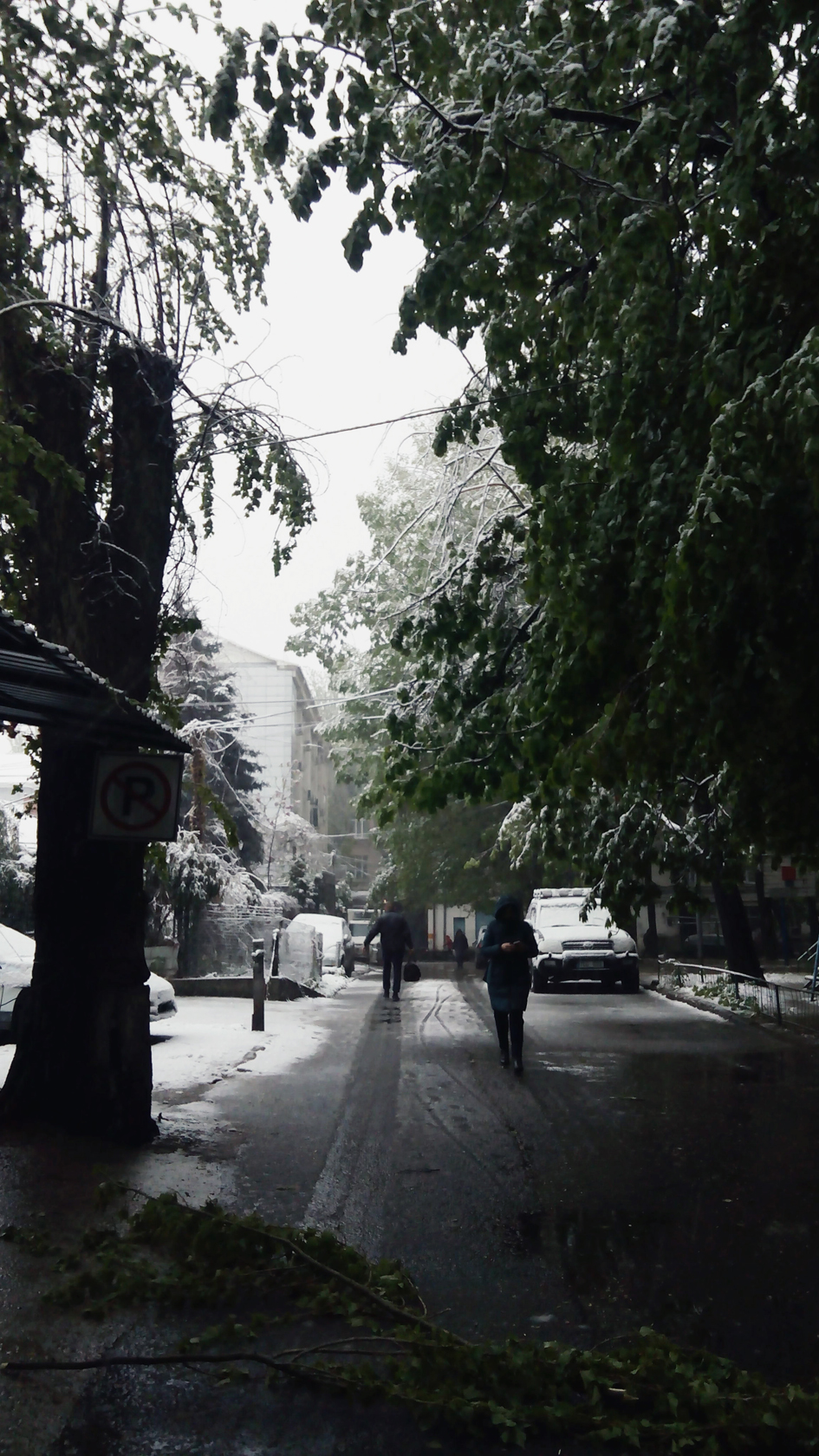 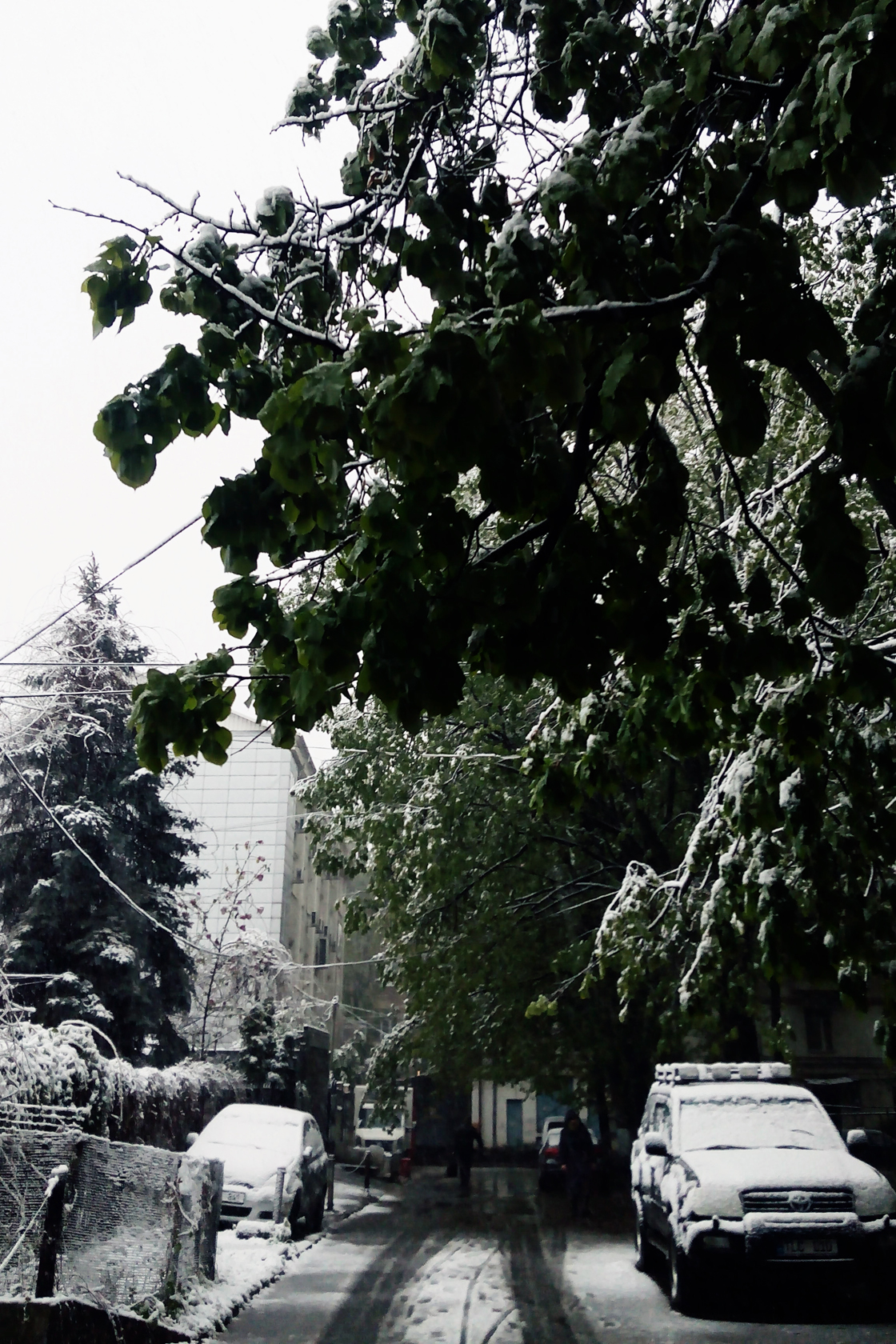 A lot of these photos will be repetitions of the same views over and over, with only minor differences. I deliberately did not cut them down further. I just really want you to see. 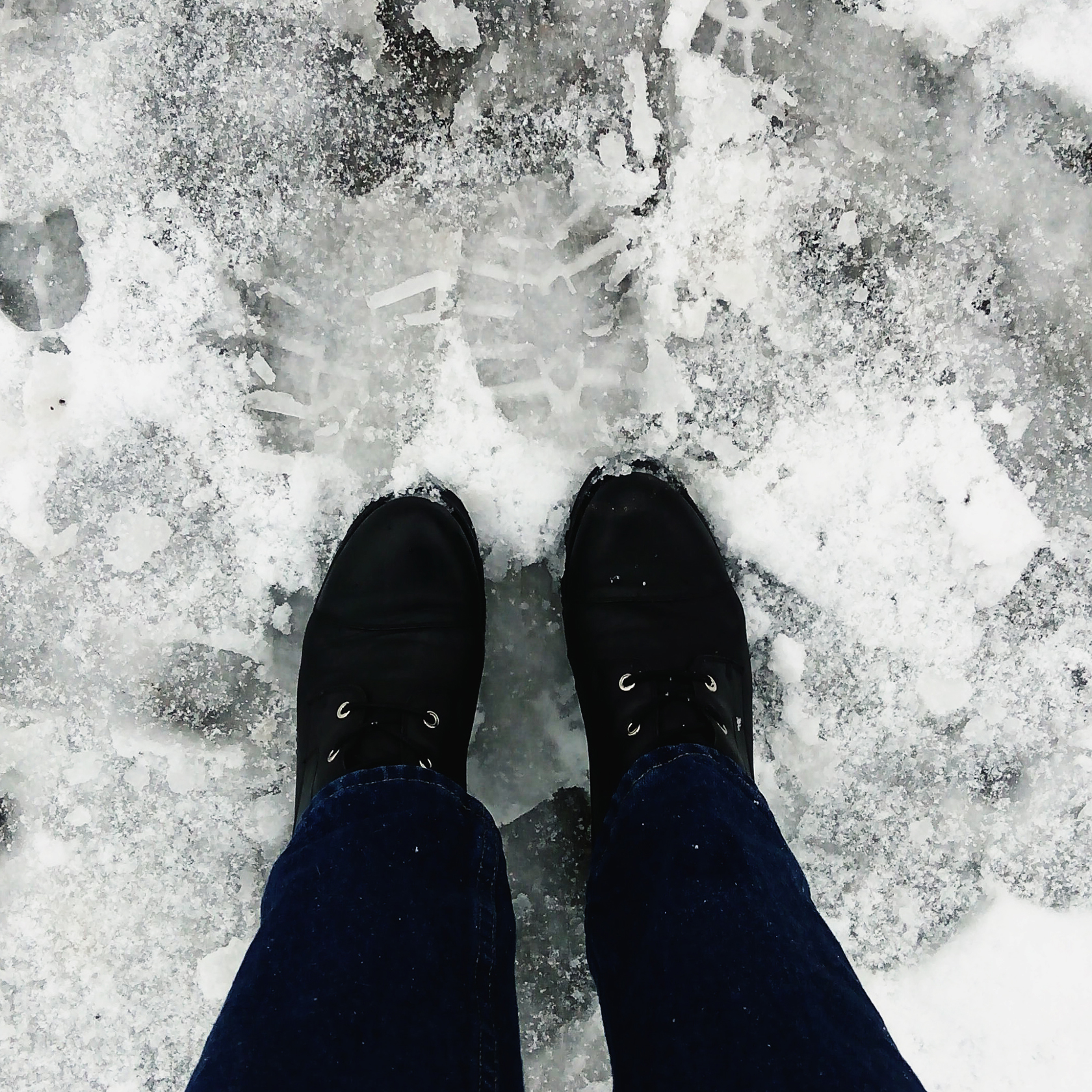 The blooming tree closer to the office was, too, covered in snow. 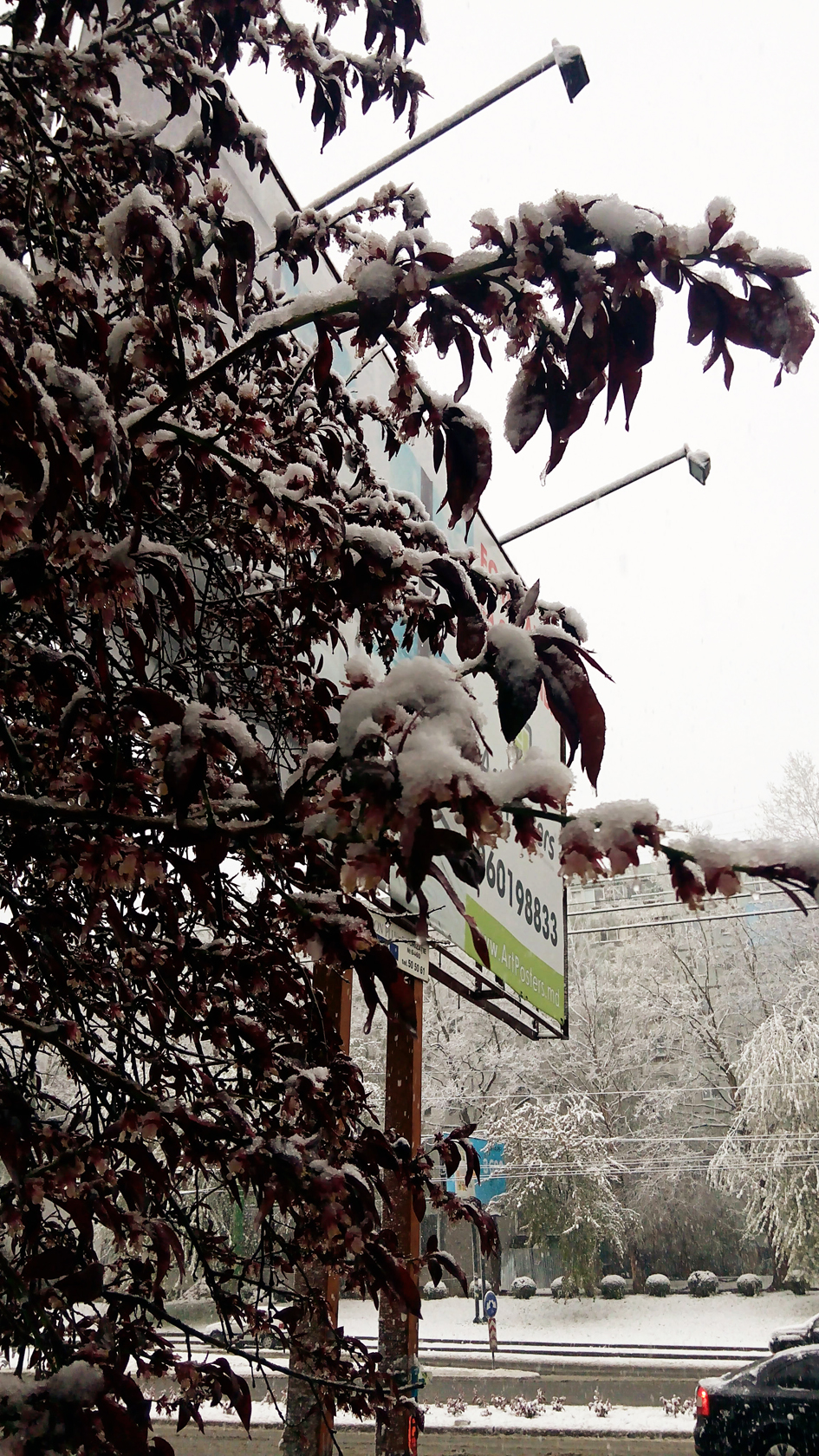 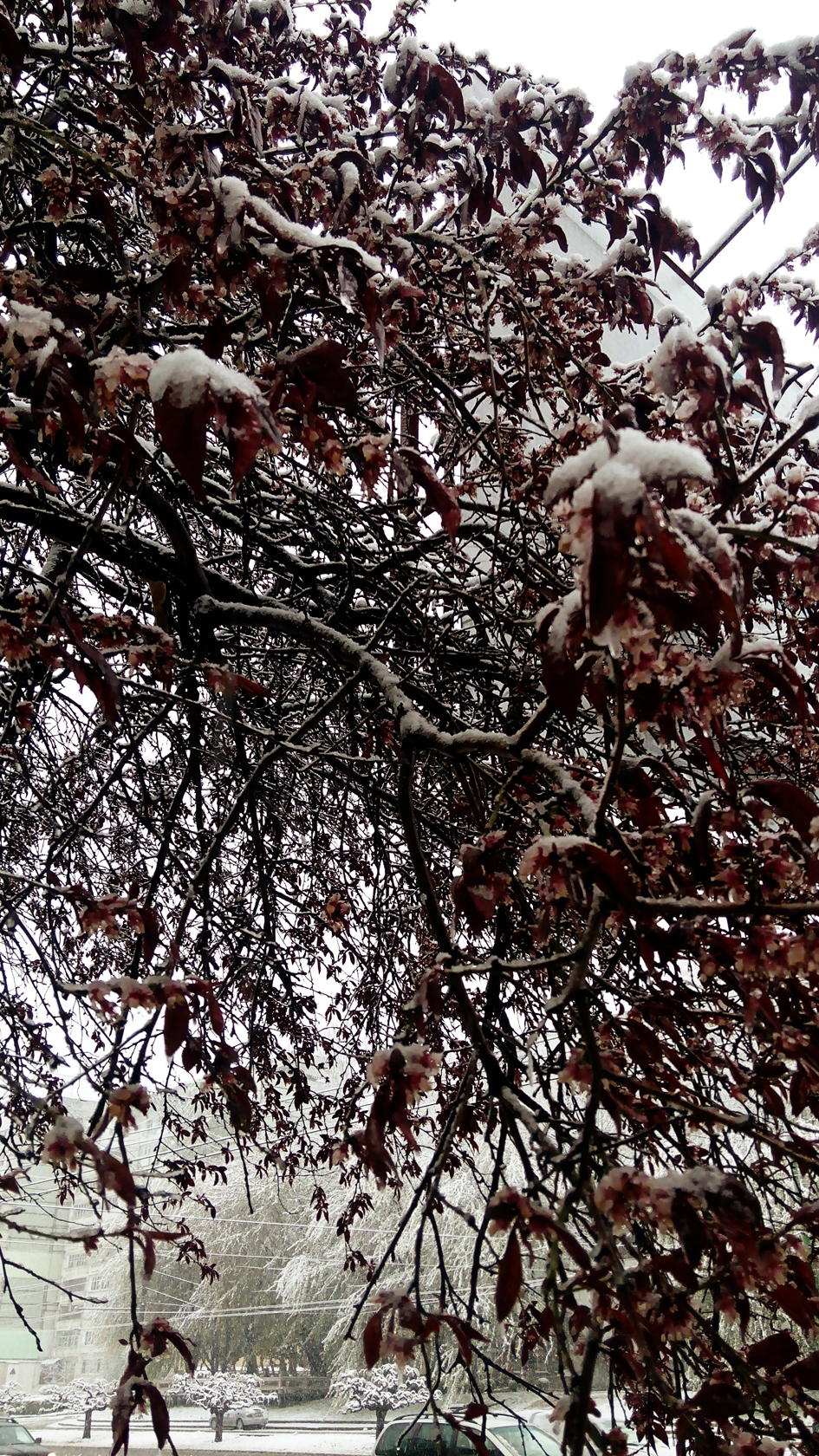