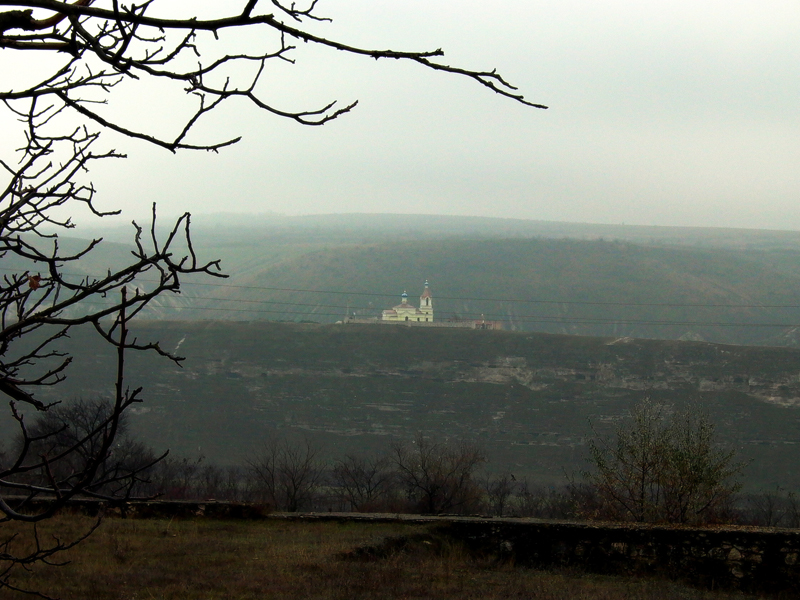 November last year I had the chance of visiting Old Orhei (Orheiul Vechi) with my alma mater.

Orhei is a historical and natural complex. Its archaeological findings cover three different eras. Cliffs, a river, and plains coexist beautifully, and cave monasteries are seamlessly combined with rather modern Orthodox churches — as modern as Orthodox churches can be. 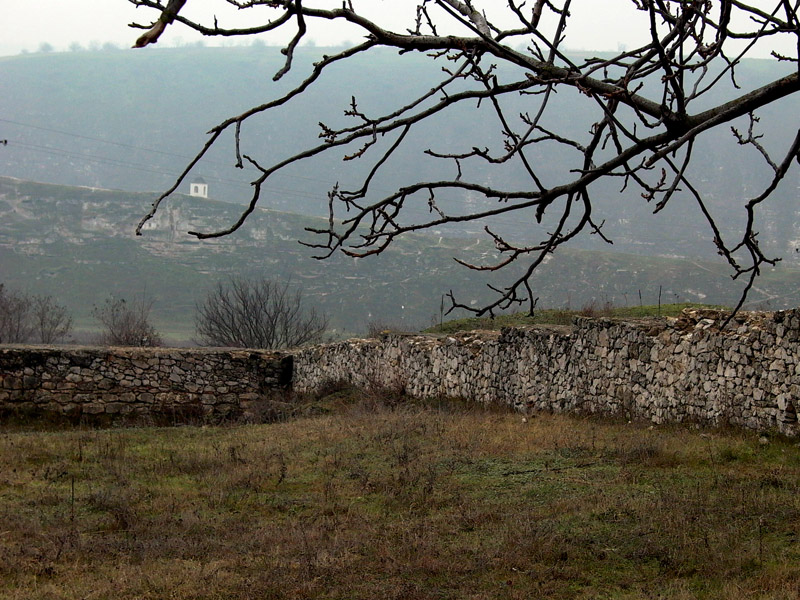 In the background of the two photos above you can see the church and the chapel we’d visit, as well as the cave monasteries. It’s a long walk, but not dauntingly so. 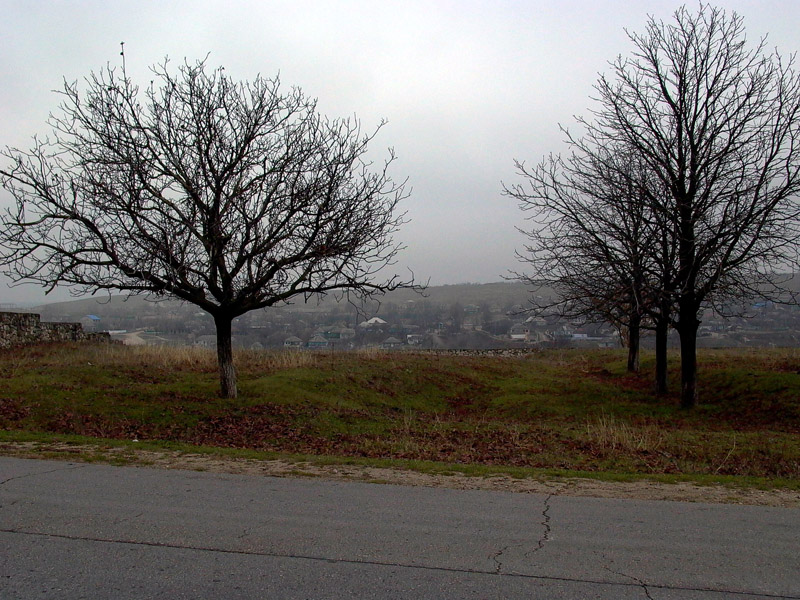 But before we go there, let’s cross the road and take a look at the panorama of Trebujeni. Trebujeni is a village adjacent to Orhei. 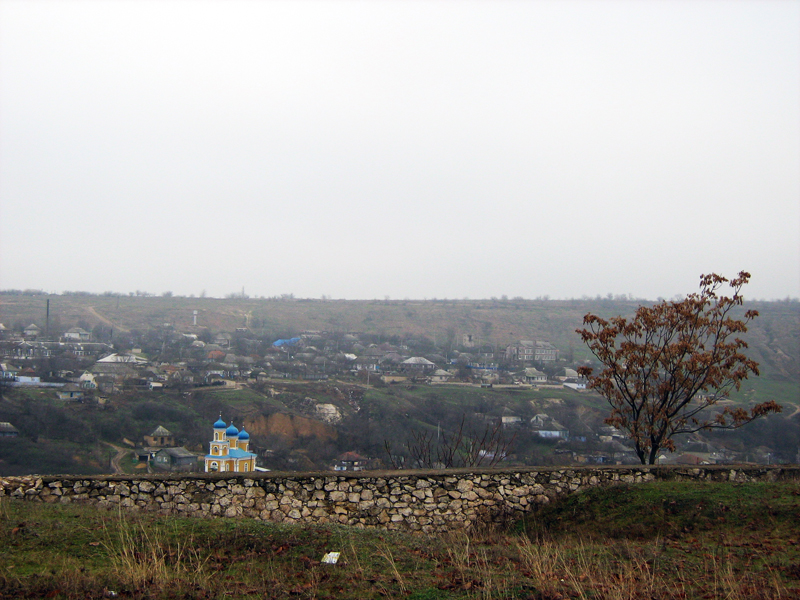 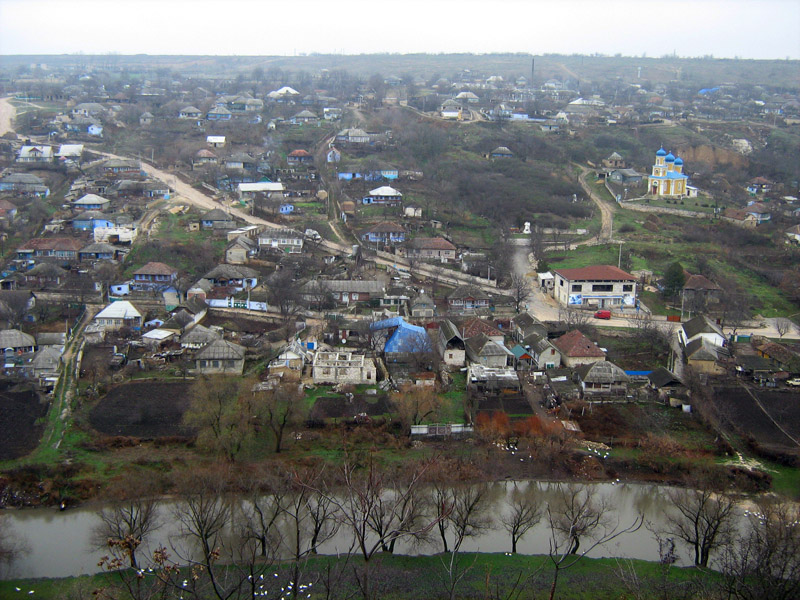 I’m standing on the wall seen in the previous picture. 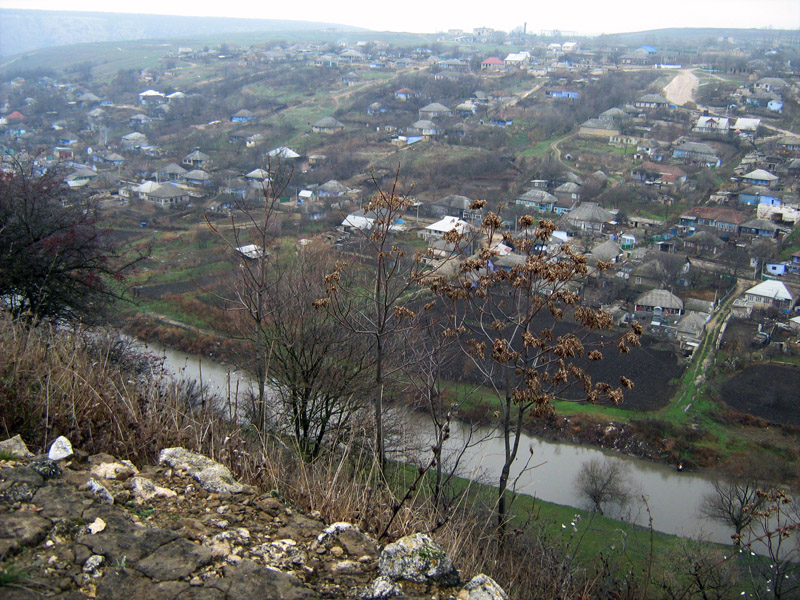 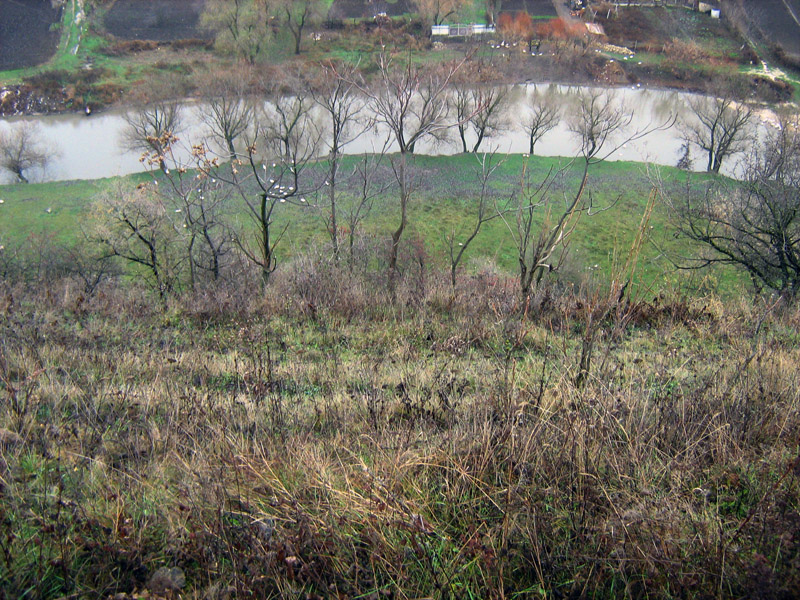 Looking directly down. White spots are ducks, or geese. As a city dweller, I always confuse the two. 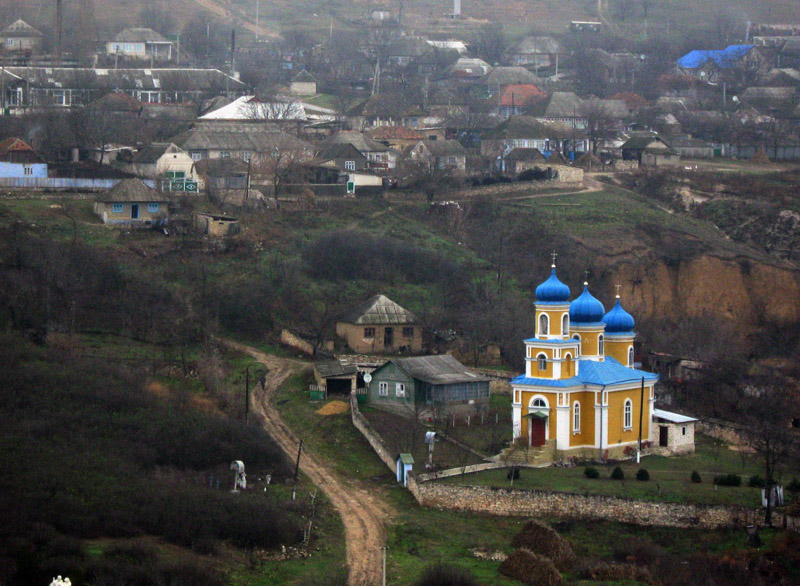 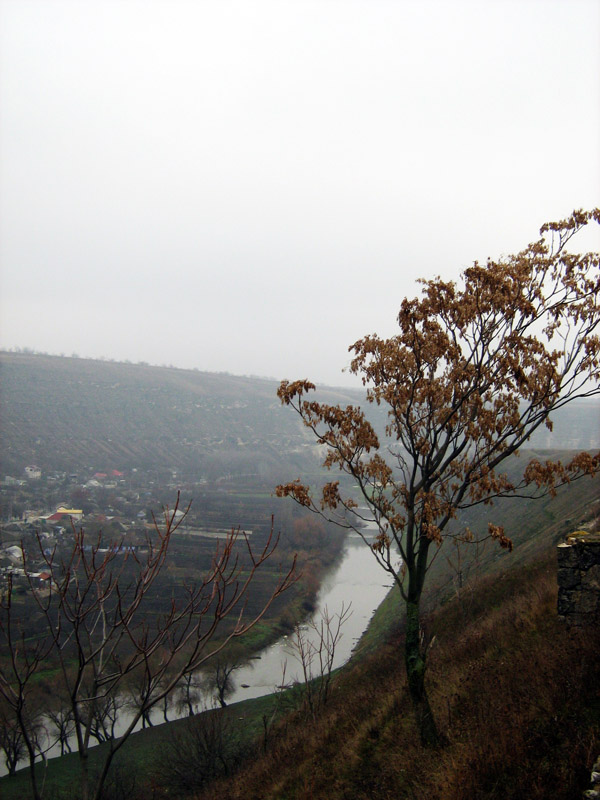 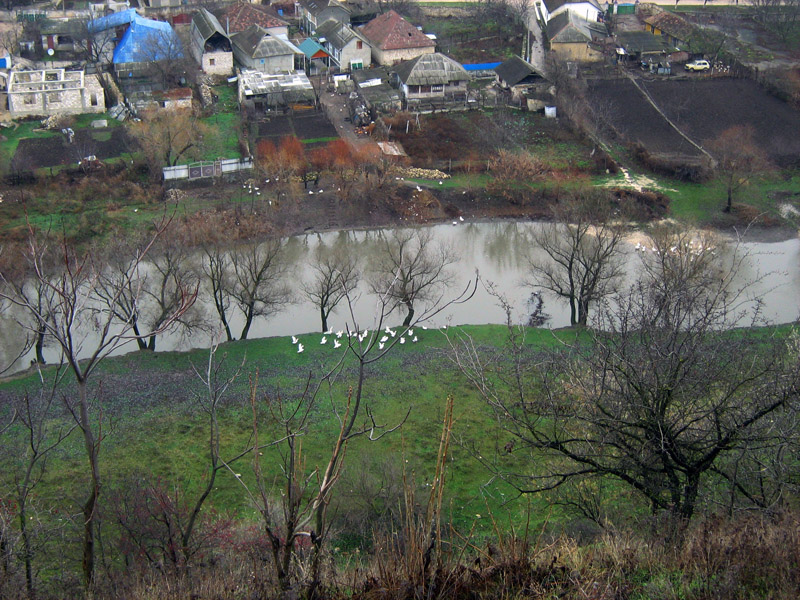 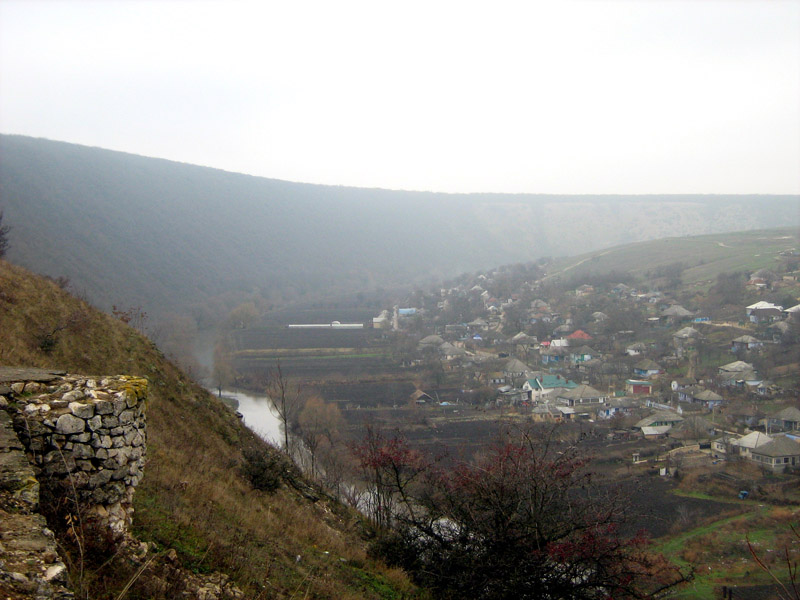 The river in most of these photos is Raut. Wikipedia tells me it was navigable until the 19th century. These days only small boats would manage. 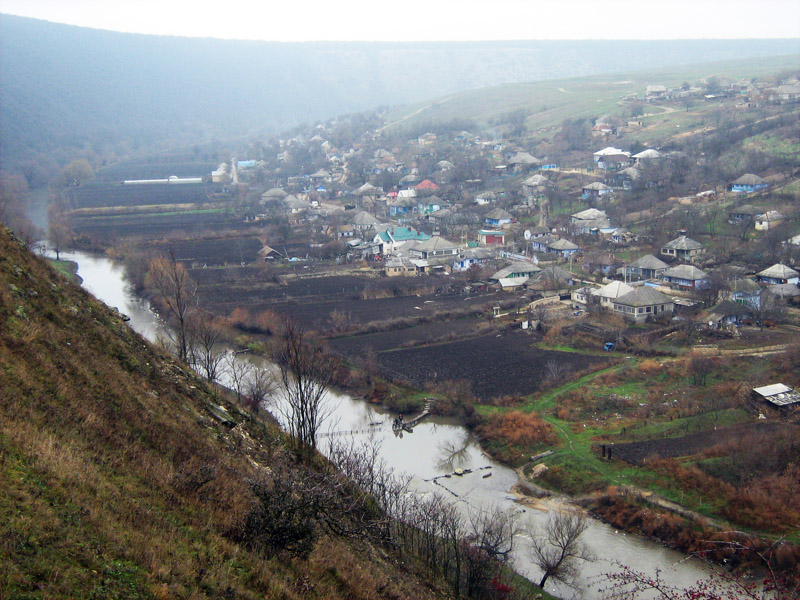 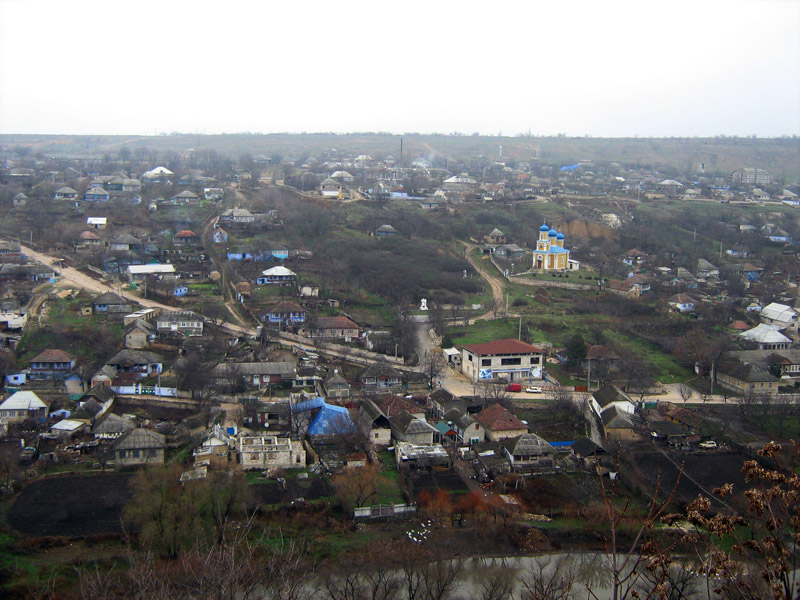 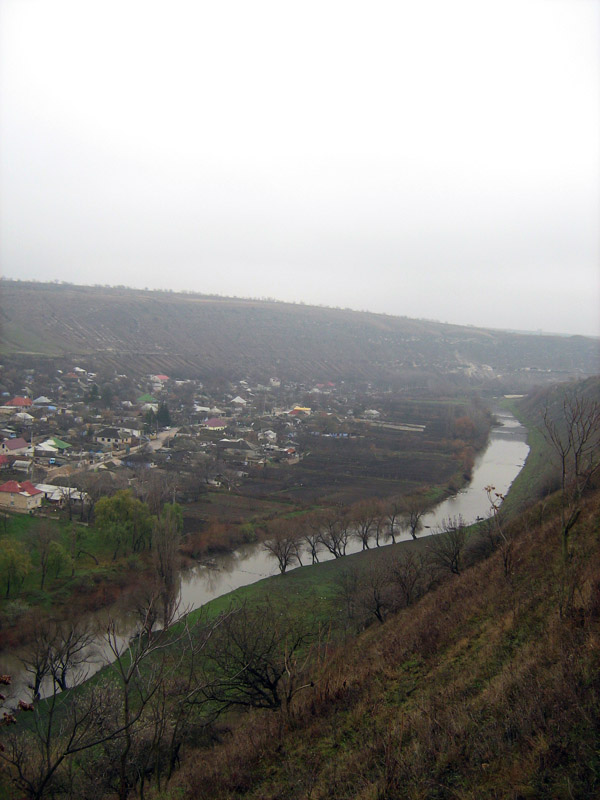 The river is going to make a turn farther to the right. We’ll see more of it in the upcoming posts. 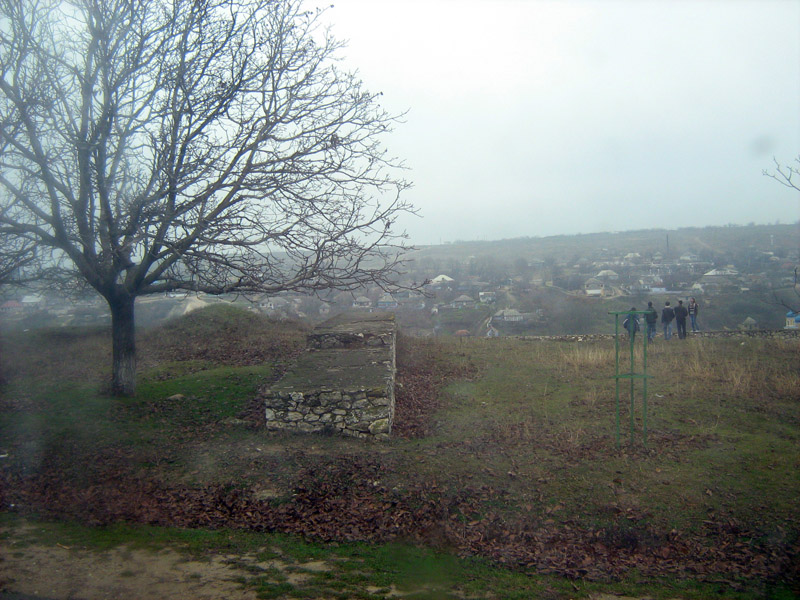 After few more minutes my fellow students & I piled back onto our bus to be taken to the plain from which our journey on foot was to start. This photo was taken from the bus window.

Next up: the plain.